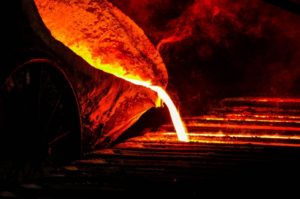 Several iron ore deposits have been identified in Tajikistan, which will allow for the formation of a full metallurgical cycle (establishment of a smelter, electroplavic furnaces, etc.). The Chokadambulak iron ore deposit has large reserves (more than 60 million tons by industrial category) and an appropriate economic and geographical location, located not far from the city of Khujand. Studies have shown that during the construction of the plant on the basis of this deposit, it is possible to implement the method of metal production without the use of coke.

The first non-ferrous metallurgical enterprises in Tajikistan were built in the 30s of the last century. These mining companies mined lead, zinc, copper, molybdenum, tungsten and fluorite, antimony and mercury, and their concentrates were sent to metallurgical enterprises in the Urals, Kazakhstan, Siberia, Uzbekistan and Kyrgyzstan. The main centers for the extraction of non-ferrous metals are in the northern and central parts of the country – in Adrasmon, Anzob, Isfara, Maykhura, Konsoy, Taboshar, Altyntopgan, Jilav, Panjakent. 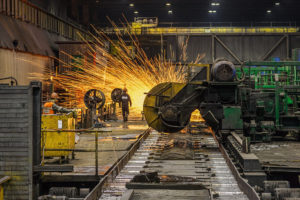 Non-ferrous metal deposits of Tajikistan are located in difficult mountainous areas and have a complex nature. In the Zarafshan valley there is one of the largest antimony and mercury processing enterprises – Anzob plant, and its products are sent in the form of concentrate to the metallurgical plant Haidarkon (Kyrgyzstan). Only six antimony deposits in the Zarafshan Valley contain 80 percent of Central Asia’s antimony reserves.

Tajikistan ranks third in the world in terms of silver reserves. According to the plan, a large enterprise is planned to be built on the basis of Koni Mansur, taking into account the world market demand for silver.

The main non-ferrous metallurgy enterprise of the republic is the Tajik Aluminum Plant. The plant is located in Tursunzade. In 1975, the first metal was melted at the plant. The aluminum plant is one of the largest enterprises in the world (has 12 buildings) and, according to experts, does not have a negative impact on the environmental situation in the surrounding areas. More than 90 percent of the company’s products are of excellent quality. The plant operates on cheap electricity from the Nurek hydroelectric power plant. At present, raw materials for the plant are imported from other countries at prices ranging from $ 300 to $ 350 per ton. After the development of the Turphi nepheline and syenite deposit (Rasht district), the plant will be provided with local raw materials.

Ferrous metallurgy industry of the Republic of Tajikistan.

Non-ferrous metallurgy industry of the Republic of Tajikistan.